Congress passed the Tax Relief, Unemployment Insurance Reauthorization, and Job Creation Act of 2010 on December 16, 2010 and President Barack Obama signed it into law on December 17, 2010. This sweeping tax package includes, among many other items, an extension of the Bush-era tax cuts for two years, estate tax relief, a two-year “patch” of the alternative minimum tax (AMT), a two-percentage-point cut in employee-paid payroll taxes and in self-employment tax for 2011, new incentives to invest in machinery and equipment, and a host of retroactively resuscitated and extended tax breaks for individuals and businesses.

Key elements of the package include:

• Current income tax rates will be retained for two years (2011 and 2012), with a top tax of 35% on ordinary income and 15% on qualified dividends and long-term capital gains.

• Employees and self-employed workers get a reduction of two percentage points in Social Security tax in 2011, bringing the rate down from 6.2% to 4.2% for employees, and from 12.4% to 10.4% for the self-employed.

• A two-year AMT “patch” for 2010 and 2011 provides a modest increase in AMT exemption amounts and allows personal nonrefundable credits to offset AMT as well as regular tax.

• Key tax credits for working families that were enacted or expanded in the American Recovery and Reinvestment Act of 2009 are retained. For example, the new law extends for two years (a) the $1,000 child tax credit (and maintains its expanded refundability), and (b) the American Opportunity tax credit for higher education, and its partial refundability.

• Two crackdowns on deductions for higher-income people have been deferred. For 2011 and 2012, higher-income individuals will not face a reduction in their itemized deductions or a phaseout of personal exemptions.

• Many of the popular tax breaks that went off the books at the end of 2009 have been retroactively reinstated for 2010 and extended through the end of 2011. Among many others, the retroactively reinstated and extended individual and business provisions include the election to take an itemized deduction for state and local general sales taxes instead of the itemized deduction for state and local income taxes; the $250 above-the-line deduction for certain expenses of elementary and secondary school teachers; and the research credit. The credit for making energy-saving improvements for a home has been extended for one year, through 2011, but much tougher rules apply after 2010.

If you would like more details about the new law, please do not hesitate to call us. 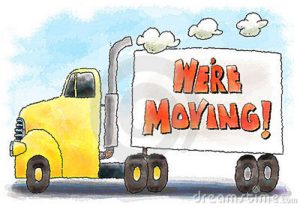